Working Title: A Feminist Legal Analysis of Conflict-Related Sexual Violence: (How) Does the Masculinization of National Legal Systems Affect the Persistence of Sexual Violence in War?
Supervisor: Professor Chi Mgbako 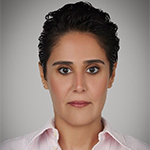 Esra Alamiri is a Kuwaiti feminist and human rights lawyer. She has been a member of Kuwait Bar Association since 2007. After receiving her LLB from Cairo University, she worked as a senior lawyer in the legal division at the Ahli Bank of Kuwait and head of complaints unit. After obtaining her LLM from Fordham University, Esra worked as a consultant with the Global Campaign for Equal Nationality Rights at the Women’s Refugee Commission, and after that, as a clinical teaching fellow at the Walter Leitner International Human Rights Clinic at Fordham Law.

In 2012, Alamiri co-founded a human rights NGO in Kuwait, Human Line Organization (HLO). HLO specializes in training, monitoring, issuing reports and providing information to UN human rights bodies on violations in Kuwait. She engaged with many human rights treaty body mechanisms, including CEDAW, CCPR, CAT, and CRC. After heavily advocating for the inclusion of women in the judiciary during Kuwait’s CEDAW periodic review in 2011, CEDAW’s experts included her recommendation to Kuwait. Subsequently, Kuwait accepted the recommendation and began accepting women in the judicial field as prosecutors in 2013. She also contributed to the establishment of the first civil society alliance for the State of Kuwait UPR in 2015.

Alamiri authored and contributed to several human rights reports. For instance, in 2012, she published a study entitled Protecting Women and Girls from Violence in Kuwait with UNDP. Also, in June 2017, she co-authored a study entitled Shelters and Safe Houses as a Mechanism to Protect Women and Girls from Gender-Based Violence in Kuwait with the Women’s Cultural and Social Society. Her work was recognized when she was awarded the Arab Woman Award in the legal filed in 2016. 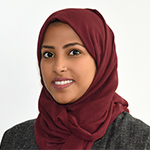 Yusra Alshanqityi was a legal intern at the African Services Committee in New York City where her work focused on immigration matters such as asylum and deferred action applications. She engaged in housing investigations at the Fair Housing Justice Center, which provides a full-service fair housing program for New York City and the seven surrounding counties. Alshanqityi worked as a research associate with the Consultative Assembly Counsel of Saudi Arabia on “Mapping Sexual and Reproductive Health and Rights Policies in the Arab World.” She is the director and co-founder of The Forum for the Empowerment of Women in the Legal Profession: International Women in Law Inc., a not-for-profit organization based in New York City which aims to empower women in the legal profession and serves as a platform providing consultation and guidance to foreign lawyers.

After she received her LLB from King Abdulaziz University, Alshanqityi worked as a trainee lawyer at the Allied Law Firm in Jeddah. She received a dual-concentration LLM in International Law and Justice & International Dispute Resolution from Fordham Law School. Her SJD research focuses on international labor law and immigration law.

Father Annor-Ohene received his LLB from the University of Ghana and his LLM from Fordham Law School. He has a diverse record of educational and occupational experience in Ghana. Father Annor-Ohene received his Certificate in Theology from St. Peter’s Regional Seminary and his Certificate of Philosophy from St. Paul’s Catholic Seminary, both in Ghana. He held positions as teacher, chaplain, and assisting priest at Catholic schools and parishes before immigrating to the United States, where he has served as Parochial Vicar at St. Ann’s Church in Yonkers, New York.

The main focus of Annor-Ohene's research is to assess and explain the extent to which court-connected alternative dispute resolution (CCADR) is providing legitimate, effective, and accessible justice to the public, especially the poor.

Helga Auðunsdóttir is an Assistant Professor at Bifrost University in Iceland where her main academic fields are company law, legal methods, and legal innovation. She served as Head of the Department of Law from 2012 to 2015. Previously, she worked as an in-house lawyer for an investment company, and as Visiting Assistant Professor at the University of Miami School of Law, where she taught European company law and European competition law.

Auðunsdóttir holds an LLM in US and Transactional Law from the University of Miami where she was the recipient of the Cobb Family Fellowship. She also holds an LLM degree and a BSc degree in Business and Law from Bifrost University. She has additionally studied law in Greece at the Aristotle University of Thessaloniki. Professor Auðunsdóttir is currently leading a project funded by the European Union on developing a blended learning approach in legal education. This project focuses on the intersection of law and business as well as the ways in which universities cooperate and communicate with students. Auðunsdóttir is also an academic mentor and a judge in the LawWithoutWalls program, a global multidisciplinary consortium of law and business professionals focusing on encouraging innovation in legal education and practice. Professor Auðunsdóttir’s dissertation focuses on a comparative analysis of hedge fund activism in the United States and Europe. 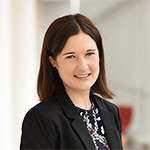 Alison Gordon has worked as a litigation lawyer in New Zealand and the United Kingdom. She received her Bachelor of Laws and Bachelor of Music degrees from the University of Canterbury in New Zealand, and she graduated with a Master of Laws (James Kent scholar) from Columbia Law School. Her SJD research focuses on solitary confinement reforms in the United States. 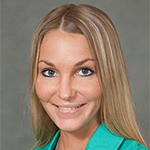 In her career, Irina Ilyuk has focused on project finance and banking law. For over six years, she has worked as a corporate attorney in Russia where she structured and negotiated project finance transactions, restructurings, and refinancings for market leaders. Irina was an integral part of the group of experts working on the legal development of syndicated lending and project finance markets.  She has received multiple awards for this work and has created forms of standard agreements for housing financing that were used by major banks and developers throughout Russia.

Her dissertation is focused on agency risks of syndicated loans and legal development through a transplantation of a syndicated loan transactional structure.

Ilyuk is the President of the SJD Society at Fordham Law School and is responsible for facilitating engagement between Fordham SJD candidates and other universities’ SJD programs. 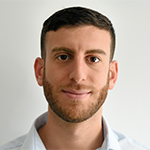 Maroun Maalouf is a common law-trained and certified attorney. He received his LLB from the University of Haifa, where he also served as a Teacher Assistant and an Everette fellow, interning for the Dirasat: the Arab Center for Law and Policy. He also took part in the Legal Feminism Clinic, where he co-supervised an advocacy group for the promotion of rights of marginalized women and bringing reconciliation through this group of Arab and Jewish women. He was also an active member of the Model United Nation’s Club, winning several awards.

He was admitted as an attorney at the Israeli Bar Association in 2016. Prior to his admission, he worked as a student in several law firms and at the Court Hall in Nazareth tutoring Arab and Jewish high school groups on topics of democracy, peace, justice, and law firms. He was also an intern for several civil society organizations and NGOs promoting human rights and civil rights in Israel.  Later, Maalouf completed his mandatory legal internship at the Haifa District Attorney’s Office – Civil Department, where he dealt with many civil cases during his service at the Public Sector.

Maalouf also worked in the Private Sector as a Legal Consultant and Director of the Middle East Division at Barbri International and later as an Associate at Tadmor Levy & Co., one of the leading law firms in Israel, at the Litigation and Dispute Resolution Practice group, where he advised and represented local and international clients in a wide range of corporate and commercial disputes.

Maroun also served as an Advisor for the Holy See Permanent Observer Mission to the United Nations in the New York Headquarters and gained experience in the Diplomatic Sector, where he covered many Security Council, General Assembly, Ecosoc and other Committees’ meetings at the United Nations. His SJD research focuses on the tools of international law to promote anti-discrimination legislation and human rights for Middle Eastern minorities, as a method to achieve reconciliation and peace, with an emphasis on solving the Israeli-Palestinian conflict. 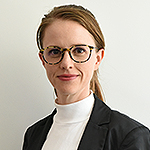 Abigail Marcus was a fifth-year associate in the New York office of Latham & Watkins LLP, where she was a member of the firm’s banking group. She represented lead arrangers and borrowers in domestic and cross-border acquisition financings, re-pricings, restructurings, and payoff transactions. Prior to working at Latham, she was a business analyst at the management consultancy, Blaqwell Inc., where she assisted law firms in the US (AMLaw 100), UK, and Canada in developing strategic plans to improve their performance. Marcus also practiced law in Johannesburg, South Africa, where she worked as a transactional law associate focusing on private equity and merger and acquisition transactions, and advised clients on corporate governance matters.

Marcus obtained her Bachelor of Arts and LLB degrees from the University of the Witwatersrand in Johannesburg, and her LLM from NYU School of Law.

In her SJD thesis, Marcus explores the possible role for private power in responding to corruption and addressing lacunae in domestic and international enforcement regimes. Her academic interests also include corporate law and corporate governance, law and development, and law and philosophy. 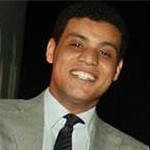 Mohamed Sweify is civil and common law-trained bilingual attorney who is pursuing a Doctor of Juridical Science (SJD) at Fordham Law School. He maintains a broad civil and commercial practice in the areas of international commercial and investment arbitration. He has a significant experience of different institutional rules under most major arbitration institutions. Mohamed is a member of the Egyptian Bar Association and the New York Bar Association. He speaks Arabic, English and has a reading knowledge of French.

Before joining the SJD program at Fordham in 2017, Sweify practiced international arbitration in an international law firm in the Middle East and then joined the Financial Crimes Department at the Egyptian Public Prosecution where he conducted broad criminal investigations in high-profile cases such as stock market corruption, bribery, and money laundering. During his first year at Fordham, Sweify externed in the chambers of Judge Jenny Rivera, the associate judge of the New York Court of Appeals. Sweify read law in Cairo University School of Law where he received a Bachelor of Law, ranking in the top 5% of the 2009 class. He holds an LLM (2013) in International Business and Comparative law from Indiana University School of Law and an LLM (2015) in International Arbitration from Pepperdine University School of Law, where he was a recipient of the JAMS fellowship due to his academic excellence. He currently serves as a board member of the Diversity and Inclusion Steering Committee in New York, as Vice President of the American Constitution Society (Fordham Chapter), and a teaching fellow in the Legal English Institute at Fordham Law School.