For some students, the school year’s close is the starting bell for the next season of academic and service work at home and abroad. As of May 15, Fordham students earned 76 national and international awards.

All of our student competitors receive generous support and expert guidance in their applications from our Office of Prestigious Fellowships. 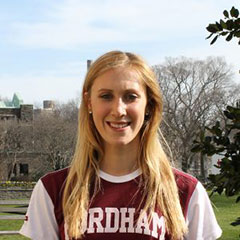 Psychology major and Fordham soccer player Turner Block’s interest in athletes and physical impairment has earned her a Fulbright fellowship at the University of Queensland in Australia. Block will explore mental barriers and facilitators that influence athletic identity in Paralympic swimmers who have moderate to severe cerebral palsy. Learn about Turner Block. 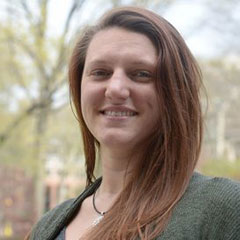 As China’s foreign policy evolves, Critical Language Scholarship winner Robyn Emory said acquiring an understanding of both the language and culture could have real-world applications, especially in government. As an undergraduate at the University of Arkansas, Emory visited China while studying abroad. She has been studying Mandarin Chinese for about eight years. Through an eight-week intensive program in Xi’an, China at Shaanxi Normal University, the International Political Economy and Development (IPED) graduate student hopes to develop proficiency in the language. Learn about Robyn Emory. 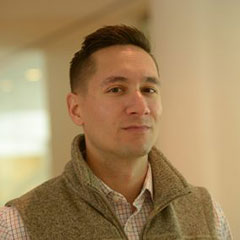 Last summer, Aaron Kristopik, an international political economy major in Fordham’s School of Professional and Continuing Studies, will be working in the economics department of the U.S. Embassy in Ukraine as part of a distinguished internship with the U.S. Department of State. Learn about Aaron Kristopik.

Other Prestigious Scholarships Won This Year

As of May 15, other prestigious scholarships won in 2017 include: